Only the Words Continue: Opening in Thessaloniki Doc Film Festival

It was in the winter of 2010, at the “Dasein” bar in the Exarcheia district of Athens, that the Confession Session project began. It all started with an idea by Alkis Gounaris, who invited 52 of the bar’s regulars to confess personal stories. These stories went online and also became the material for this documentary. In front of the camera, words, phrases and people take on an added gravity. They reveal feelings, thoughts, pursuits and decisions that have played a decisive role in each person’s life. By filming people’s confessions, we chart their inner world – a world which has been forgotten in the din and alienation of modern-day cities. 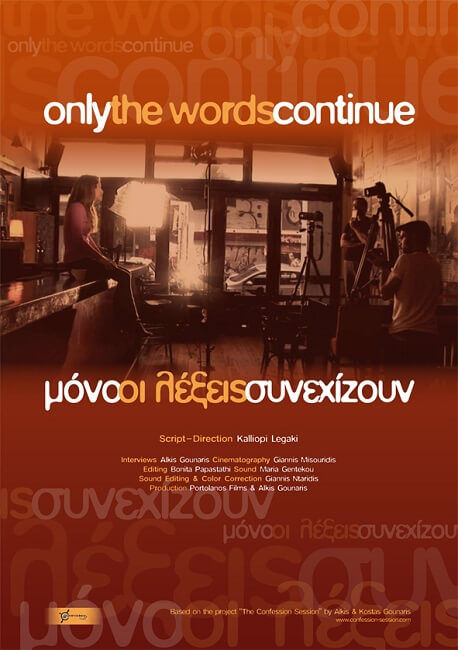