A Naturalistic Explanation of Meaning within Embodied Cognition Theories

This announcement includes: [a] a brief critical survey of the main characteristics that various scientific and philosophical views accredit to embodied cognition and the process of signification, [b] the consequences of these positions regarding the definition of the concept of meaning and [c] a new interpretation for “meaning” as a systemic property of embodied cognition.

The term signification is used to designate the property of cognition to form meaning. In an effort to categorize the theories regarding meaning, we could divide them into two big categories: [a] semantic theories and [b] ontological theories. As semantic theories I will classify the theories that perceive meaning as propositional content or language content. The characteristic of these theories is the referentiality of the content and its linguistic, symbolic, structural and rational character. These theories usually interest the philosophy of language. As ontological theories I will classify the theories of cognition that treat something as “mental content” with a secondary dependence on its linguistic expression. What concerns these theories is not the reference itself, but how can an cognitive being think of something as such and not as something else. In particular, how can something (an event, for example) that belongs to the world outside our head acquire meaning inside our head, or simply how can we “give meaning” to everything.

According to the contemporary positions on embodied cognition, cognition is something that happens inside a specific action context (Clark 1997, 1998, 2008), e.g. during driving, speaking etc. and intrinsically includes the process of perception as well as action itself.  In such a state the environment offers a set of possibilities for action (J.J. Gibson, 1977) while the temporal character of cognition and the changing conditions (van Gelder & Port, 1995) constitute a unique system in every mental process, in which a unique meaning is formed every time.

From such an assumption, one can suppose that the brain on its own, does not constitute an autonomous unit of “meaning giving” or meaning formation, something that entails that for a naturalistic view of cognition the interaction of all the parts of the system that participate in the mental process should be taken into account.

However in this proposal, I will attempt an interpretation of meaning and of the process of meaning, as emerging phenomena of the system in which the cognitive being is integrated, which even downwardly affect and modify the parts of the system from where these phenomena originate. 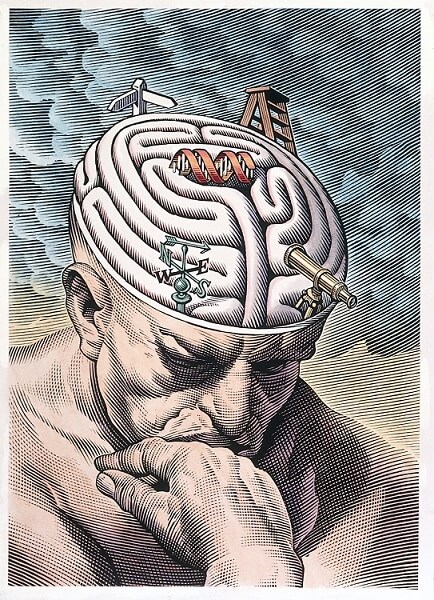