Heidegger and Motorcycle Riding: The notions of embodied cognition and skillful coping as a research topic in Cognitive Sciences

Extended Synopsis: In this announcement I present some of the key points in Heidegger’s philosophy, which serve as an interesting discussion field for the theoretical and research background of cognitive science and neurosciences, while at the same time I form an argument for the further investigation of this subject. Specifically, I focus on embodied cognition and skillful coping, and especially the way man, while using tools and objects, interacts with his world and renders himself at the same structural level with it, eliminating -in a sense- the distinction between agent and the world. This hypothesis is ontologically and semantically fundamental, as it puts under scrutiny traditional acceptances and possibly erroneous basic premises that hinder research on human intelligence in certain fields.

Heidegger’s idea, upon which this announcement is based, is that our most important ability as humans, is not our computational thought, but our ability to engage ourselves with the world and to develop capabilities that are not intellectual -in the sense of thinking- but practical. Such skills as motorcycle driving, painting, playing musical instruments, complex sports, martial arts etc, presuppose a kind of embodied knowledge and at the same time a constant interaction with the object itself and the world in which this particular coping takes place.

According to Heidegger, we are in a continuous engagement with objects in the world, always handling something. In order to understand the nature of Being, doing (being in action) and skillful coping are more decisive than what we call “consciousness”. In order for Heidegger’s argument to be understood, it is important to note his distinction regarding the way beings exist.  Specifically, he distinguishes the “readiness-to-hand” (Zuhandenheit) of tools (equipment) when we are involved in their use and we are called to handle them skillfully, and the “presence-at-hand” (Vorhandenheit) of objects when we conceive them intellectually. For Heidegger “readiness-to-hand” is not a sum of properties and functional characteristics regarding “what is” every equipment -on the contrary, he considers that each equipment is an incitement to action for the operator, that is a “to_something” [e.g. to_drive, to_commute, to_play music etc.]. Dreyfus discerns certain stages until the achievement of skillful coping, from beginner to expert and finally to master, that is the “authentic” skillful operator of a “present-at-hand” being. But in order to achieve the maximum in such a skill, what Heidegger calls “withdrawal” of the “presence-at-hand” of the equipment has to happen. For example, as we are learning how to drive a motorcycle, whereas observing our movements and performance may improve our handling in the long-term, in the short-term this distraction can negatively affect our performance. A corresponding thing occurs when we have already learnt how to drive. While we can observe the passers-by or think about philosophy, if we start thinking about our movements for example, and then lean in order to turn or change gear, we risk losing our balance. What happens in skillful coping is that basic experience finally ceases to include the equipment as something_to do_something else. While an outside observer for example could “objectively” describe that the rider uses his motorcycle as a motorcycle in order to commute, the rider himself does not experience the motorcycle as a motorcycle. At best, he doesn’t even experience the motorcycle at all. His only concern is to move quickly on the road.

This position is directly related to two subjects that concern cognitive research: The first regards what in morphological psychology is termed “solicitations” and J.J. Gibson, later, names “affordances”, while the second one regards what cognitive phenomenologists call “body schema” or “body synthesis”. Regarding the first, the authentic “presence-at-hand” that for Heidegger is inseparably intertwined with skillful coping, is not a constant brain function met in a set type of state, that triggers a set response, which either succeeds or fails. On the contrary, as Dreyfus notes, “presence-at-hand” is experienced as an “invocation” or “affordance” causing an elastic response, according to the meaning attributed each time at the particular state. What Walter Freeman observed, when experimenting with the olfactory bulb of rabbits, is that their behavior is based in patterns that are constantly being created and then collapse, rather than in readings of certain consistent patterns of action. That is the reason why there are no two identical responses, just as there are no identical hand-written signatures, which even though they are easily recognizable, they are never exactly the same. As Freeman characteristically noted, when a rabbit smells a carrot, its brain state is the sum of all the previous experiences of the animal regarding carrots, and this state is directly connected or “resonates” the affordances offered by this particular carrot. What, in physical input, is directly perceived every time the rabbit sniffs, is an affordance…

Regarding the second issue, a nice example of “body synthesis” is Merleau-Ponty’s description of the handling of a blind man’s cane. As he characteristically points out, from the moment on the cane has become familiar equipment, the world of things that the blind man can feel is expanding, no longer starting at the skin of the hand but at the tip of the cane. The pressure on the hand and the cane is no longer a given because the cane isn’t an object anymore, but an indispensable part of the way with which the blind man perceives the world. It is a bodily attachment - part that extends the body synthesis. An experienced motorcycle driver could describe in an analogous way his interaction with his environment, the road and the asphalt, through the motorcycle.

It is obvious that the research field in these particular issues remains open. Often, problems with philosophical concepts that initially seem only linguistic, in fact play a decisive role in scientific advances. Perhaps the concepts of embodied cognition and skillful coping, as they arise from Heidegger’s theory, could be studied further by cognition sciences, redefining the way we investigate the thinking subject and eliminating the dualism of a thinking brain and the world perceived. 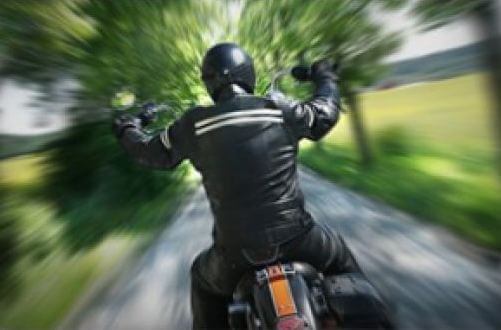